The Peter Pan Motel, located at 1 Rutherford Plaza on Route 3 in East Rutherford, New Jersey was a fairly simple motel with a pretty great sign. Advertising itself as the last motel before New York City, the motel offered buses to the city and tours of the area. It appears to have opened in the mid-late 1950s.

Apparently the Peter Pan motel was not very safe. Robberies seemed to be a common occurrence. 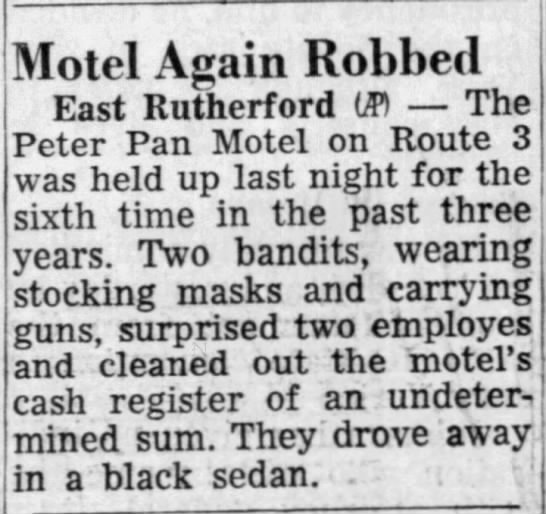 Peter Pan survived on visitors to the Meadowlands sports complex for quite a while. They were open most of, it not all of the 1980s. I think it closed in the early 1990s.

The motel was town down in the early 2000s. There is a Hilton and an office complex at the site now.